WHY MODERN YOGA HAS VERY LITTLE TO DO WITH ORIGINAL YOGA

MODERN YOGA IS VERY DIFFERENT FROM TRADITIONAL YOGA, WHOSE ESSENCE HAS TO DO WITH ASCETISM AND CONTEMPLATION

One of the essential characteristics of capitalism is its ability to take all kinds of subcultures and values – artistic, spiritual, ethical – and turn them into products that are part of the market. The commodification of everything. This is one of the perhaps most alarming characteristics of liberal capitalism, responsible for uprooting people, making them lose their traditions and in a way alienating them, by replacing their own practices and beliefs with new idols. One of the most conspicuous cases of this phenomenon of cooptation is yoga and makes it confusing to see the difference between modern yoga and original yoga.

It should first be mentioned that the way in which yoga has become a multi-billion dollar industry within the culture of fitness and wellness in Western societies is a complex phenomenon. There is no single reason, no single explanation. And neither, it would be necessary to sentence that this is something bad, since the judgment will depend on the vision of the world or the beliefs that an individual has.

It should also be noted, of course, that the fact that contemporary modern yoga is far removed from the different types of yoga that have been practiced in India throughout history does not mean that the practice of yoga in the West cannot. be beneficial to people or that there are not (even very few) places or teachers in the occidental world who practice forms of yoga close to the “essence” of yoga.

Finally, it is also important to add that there is no single yoga, an authentic, hegemonic yoga that refutes others. The history of yoga, as it has been studied by Mark Singleton, is a dynamic history, of innumerable changes and innovations (despite the fact that many in India speak of an eternal yoga, revealed). So some people will see modern postural yoga or modern yoga only as a new stage in the evolution of yoga. So, what is the difference between modern yoga and original yoga?

the difference between modern yoga and original yoga

Now, we must point out that it is possible to speak of a series of essential characteristics shared by the different types of yoga traditionally practiced in India, and note that these characteristics do not appear or appear in an extremely marginal way in globalized yoga, a phenomenon that is also found in India today. For this reason, some sadhus or ascetics even speak of two types of yoga: “yoga” (referring to globalized yoga which is mostly a form of gymnastics) and “yog”, using the Hindi word equivalent to the Sanskrit “yoga”. Modern yoga is seen as a way to earn money and celebrity among these devotees. Which captures the ethos of modern secular culture. Singleton notes that yoga upon reaching the West is “translated”, reinterpreted within the conceptual framework of modern Western society and its particular aspirations as well as its particular conception of the body. In other words, in a society that thinks in terms of science, psychology, fitness, wellness, etc., yoga is seen as something that fits these models.

The eight limbs of yoga

In the history of religious thought that emerged in India, dating texts is extremely complicated, so it is not easy to say when this text (which also has several layers of composition) was composed. However, probably a little later we have the first great yoga text, sometimes called classical yoga, the Yoga sutras of Patanjali, the text from which the practice known in the West as ashtanga-yoga (the yoga of the eight limbs) is derived. ). It is here where the first guidelines for the practice of yoga were created, which continue to influence in an important way not only the practitioners of ashtanga or the famous raja-yoga, but all yoga practitioners, including hatha-yoga.

Taking into consideration the eight limbs or elements of classical yoga, we can quickly see why yoga practiced in the West is far removed from classical yoga. Patanjali’s yoga has as a precondition the practice of yama and niyama. Yamas are restrictions to which the practitioner must submit. These restrictions are similar to the five Buddhist precepts – do not kill, do not steal, abstain from sex, do not get intoxicated, do not lie. And indeed, there are good reasons to believe that Buddhism was a major influence on Patanjali’s yoga. Niyamas are behaviors of both physical and mental purification that must be done. Among the five niyamas of Patanjali we find things that go against the western ethos, such as the contemplation or worship of the supreme divinity (renouncing individual identity) or the practice of austerity and iron discipline, etc. The regulation of behavior and of the body is the precondition of practice. This tells us that yoga originally has to do with something similar to a religious, monastic or ascetic life, away from worldly pleasures, generally within a school, under the tutelage of a teacher. Now, in the West, it does not happen that the teacher asks the student before to perform certain purifying rituals in order to be able, then yes, to practice. Yoga studios do not usually turn away students or demand purifications. This would be seen as a kind of discrimination, politically unacceptable. 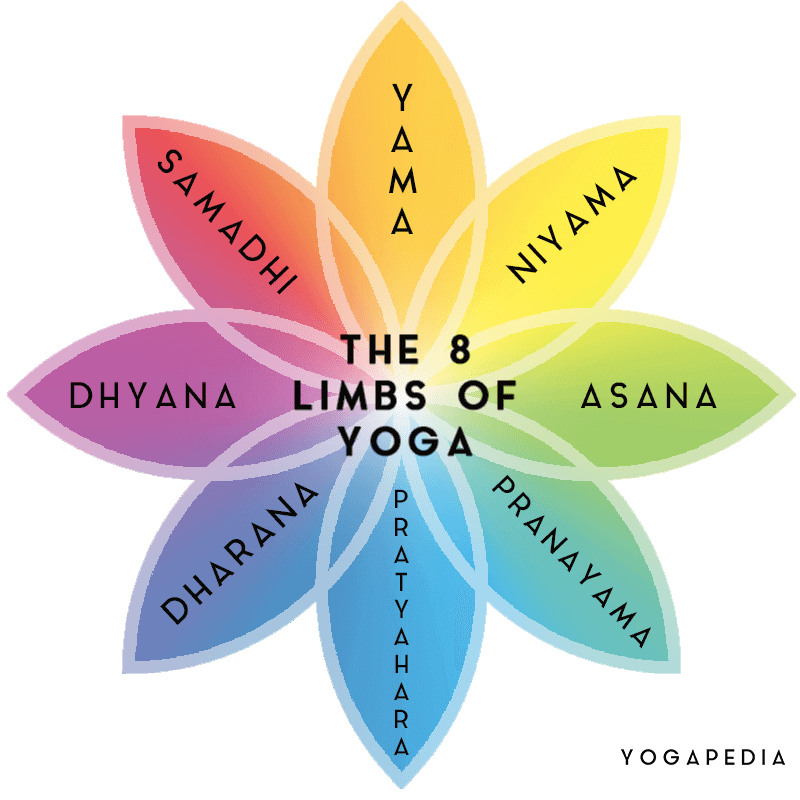 The eight limbs of Patanjali yoga are divided into external and internal. Among the five external ones we find the “asana”, the physical postures, which are practiced once they have been carried out and the aspects of conduct and moral discipline continue to be carried out. The function of the postures is simply to relax the body and make it more flexible to be able to practice long hours of meditation. As in Shila Buddhism, the external aspects of discipline have the function of establishing the basis for concentration or the various meditative practices that in Patanjali yoga reach their highest level in samadhi (for Patanjali samadhi includes prajna, the state of wisdom, yoga itself). Yoga occurs when the impure is separated from the pure and the purely spiritual of the individual is united with the universal spirit (Purusha). A yogi, for the Buddhist tradition and generally for the Patanjali tradition, is someone who meditates, not someone who does asanas.

We find interesting similarities between classical yoga and Platonic philosophy insofar as for this the purpose of philosophy is to separate the impure from the pure so that upon death it reaches a state of union with the suprasensual divine reality and, also, as yoga Classical, like Platonism, is a spiritual philosophy, in which matter is seen as inferior to spirit or consciousness. Radically opposed to the contemporary vision based on the cult of the body and spiritual materialism, classical yoga seeks to transcend the body, it considers it as a mere instrument, at times as an obstacle and at times as a vehicle, but never as something to which it same level as the spiritual reality to which all efforts are directed. That is why yoga is inextricably linked to ascetic practices (tapas), mortification and austerity, in which the body is subjected to enormous humiliations in order to train the mind. In fact, among people who practice traditional yoga in India, today a yogin and a tapasvin (someone who practices austerities) are synonymous.

The other great influence that exists in yoga today in India, but especially in the West, is hatha-yoga. Much of the yoga practiced in the West comes from hatha-yoga (a term meaning “force yoga” or “forced yoga”). What characterizes hatha-yoga is that it is based on physical postures. In this sense we could say that the yoga that is practiced in yoga studios in the West has an important similarity with traditional yoga or with one of the traditional yogas. However, in hatha-yoga the fundamental thing is also a spiritual achievement and not physical health. In fact, hatha-yoga also subjects the body to enormous mortifications. Mallinson has shown that hatha-yoga is derived from Tantric Buddhism and from Tantra in general (Tantrism being the dominant religious mode of India in the Middle Ages). What characterizes tantra is the use of transgressive practices – such as magic, alchemy, sex, etc. – to reach the state of liberation more quickly. From here techniques unfold that today we associate with kundalini energy or with internal alchemy that works with the winds and drops in the subtle channels of the body. But while there are some hatha-yogins or nath-yogins who, like certain alchemists who pursued material gold, seem to have deviated and merely pursued worldly powers (such as possessing innumerable celestial nymphs, flying, having clairvoyance, etc.), the purpose of the Yoga is always yoga, that is, spiritual union or liberation, and therefore transcends the mere utilitarianism that characterizes globalized yoga whose aim is to have a more beautiful or healthier body. Body used not for spiritual achievement, but for worldly status and prosperity.

For ascetics who keep this tradition alive, asanas have the function only of “disciplining the body”, with the benefit of allowing “the body to support meditative practice without distraction or physical tension. But unlike globalized yoga, there is an awareness that an asana, when perfected, must be abandoned, to focus on the important part of yoga, the practices that lead to samadhi. “

If in the occidental world we would call it “gymnastics” or something similar, the problem would be that this discipline would cease to be so interesting, it would lose its mystical aura, its spiritual echo and its great commercial appeal. 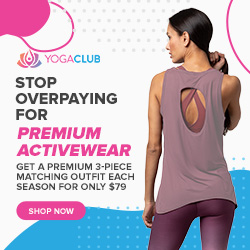 Do you have a question? We will be glad to help you out!